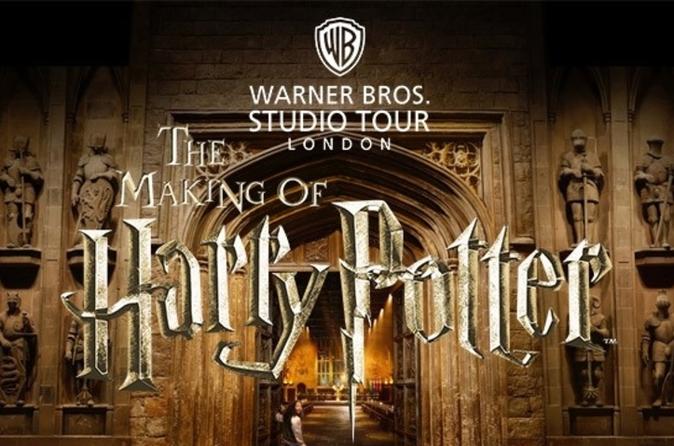 Have a magical morning at a breakfast event at Warner Bros. Studio Tour London. Immerse yourself in the cinematic world of Harry Potter as you enjoy a once-in-a-lifetime breakfast in the world-famous Great Hall.

Starting your spellbinding adventure with a standing breakfast reception, you’ll enjoy a delicious selection of breakfast canapés, fresh pastries, fruit smoothies and a glass of Bucks Fizz. As you soak in your surroundings of Cheeri-Owls and Pixie Puffs that line the tables and original costumes from the Harry Potter film series displayed along the Hall, you’ll be joined by staff members in full Hogwarts uniforms. Here, you’ll get to capture the moment with a complimentary photograph that you can take home with you after your Tour.

Guests will also be able to enjoy the return of over 100 floating pumpkins in the iconic Great Hall, as seen on screen in Harry Potter and the Philosopher’s Stone. Created by Head Propmaker on all the Harry Potter films, Pierre Bohanna, the pumpkins are modelled on those found in Hagrid’s pumpkin patch in Harry Potter and the Prisoner of Azkaban and are hand-carved by the Prop Making Department so no two are alike. The Great Hall tables will also be laden with a Hallowe’en feast of red apples, pumpkins and cauldrons of lollipops.

Hogwarts in the Snow (December 17th and 18th)

Experience the enchanting transformation of Hogwarts at Christmas time as it speckles in glistening white snow with many of the sets including the Gryffindor common room dressed ready for the festivities! You’ll also get to experience the magic of Christmas as you see part of the Great Hall transformed into the Yule Ball.

Once you’ve finished your breakfast in the Great Hall, you will get to explore the film sets at your own leisure – discovering Dumbledore's™ office, The Ministry of Magic™, Hagrid’s Hut and the famous Platform 9 ¾™ where you’ll to climb aboard the iconic Hogwarts Express™.

Complimentary Butterbeer™ in the Backlot Cafe

After your adventures on Platform 9 ¾™, you’ll get to quench your thirst with a tankard of Butterbeer™ in the Backlot Cafe, before you continue your journey outside. Here, you’ll venture into number four Privet Drive, before discovering the magical shopping street of Diagon Alley™ and many of the incredible sketches and models used to develop the Harry Potter film sets and costumes.

Choose your option: tickets only OR tickets with transportation included.

Return Transportation (if option selected)
Get into the spirit for your magical adventure with our return transportation to Warner Bros. Studio Tour London. Climb aboard our branded buses and sit back and relax as you watch Harry Potter and the Philosopher’s Stone, the first instalment of the Harry Potter film series, on your way to the Studio Tour!


Have a magical morning at a breakfast event at Warner Bros. Studio Tour London. Immerse yourself in the cinematic world of Harry Potter as you enjoy a once-in-a-lifetime breakfast in the world-famous Great Hall.