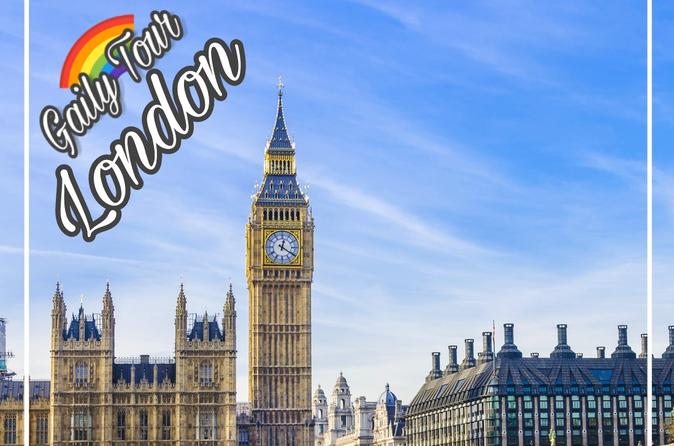 
London • Gay Tour & Westminster Abbey's Secrets
Be ready for our special London LGBT guided tour, offering a unique and unusual view to the hidden parts of London that few people know about. Start your experience of Gay London in Soho district. This is also known for its LGBT vibe and it's where you’ll find many of London’s sex shops, burlesque shows and gay and lesbian bars. London is a city with 2000 years of history where some of the most influential people in the world have walked these streets and many have left a distinct footprint. On the Secret London LGBT Tour we will show you a side of London away from the usual tourist trail – we’ll take you along gas lit alleyways, past old pubs and bookshops, remnants of sprawling mansions, unusual art and secret societies. Explore also the spectacular, where many gay and bisexual notables were interred include King William III and his boyfriend William Bentinck. Inside the Abbey you will also discover a small stained glass memorial, unveiled in Poets' Corner, dedicated to Oscar Fingal O'Flahertie Wilde, playwright and aesthete. The window, above the monument to Geoffrey Chaucer, was designed by Graham Jones and contains small lozenges within it which have been filled, or will be filled in the future, with names of poets and writers.
Included:
* Gay or Lesbian Friendly Tour Guide for City Tour (3 hours)
* Entrance Fee – Westminster Abbey