Harry Potter Filming Locations in Gloucester and Lacock from London 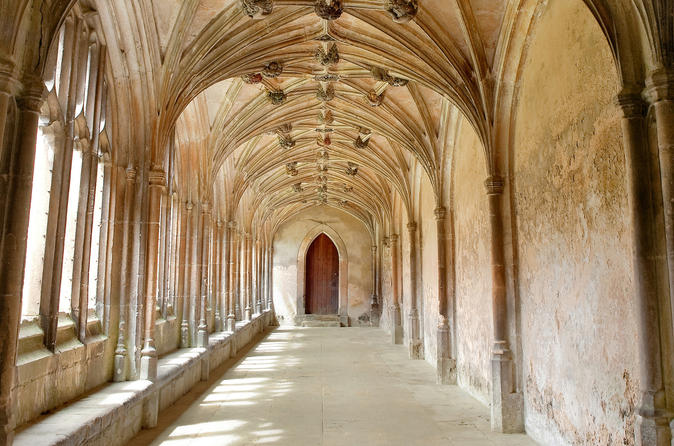 This private Harry Potter Tour of Gloucester and Lacock locations is a magical adventure to some of England’s most historic places and scenic countryside.  You will see Harry Potter locations including sites which were either used in actual scenes from Hogwarts School or which served as an inspiration to the film makers.

On the Harry Potter tour, you will be transported by a traditional London Black Taxi and go on an adventure to experience one of the most beautiful villages in England and get a guided tour around the ancient streets and its local Abbey. Here you can have a pub lunch or eat from one of the local bakeries, stretch your legs and soak up the history of this picturesque village.

Then you’ll be taken to ‘the cathedral city of the Cotswolds, where you will get a chance to visit the magnificent cathedral which doubled as Hogwarts School.*

Learn how the films were made, discuss the books and hear trivia about the magical world of Harry Potter.  During the trip, you’ll have the chance to walk around the locations you visit, take pictures and re-create some of the scenes from the films.  Please note that as there will be walking involved in the tour, it may not be suitable for those with mobility problems.

Feel free to dress up as Harry or any other character in the series (only if you want to).  On the tour, Harry Potter trivia questions will be asked, so keep your spell book handy as we want to test your knowledge of spells and see how well you know Harry, Ron and Hermione.