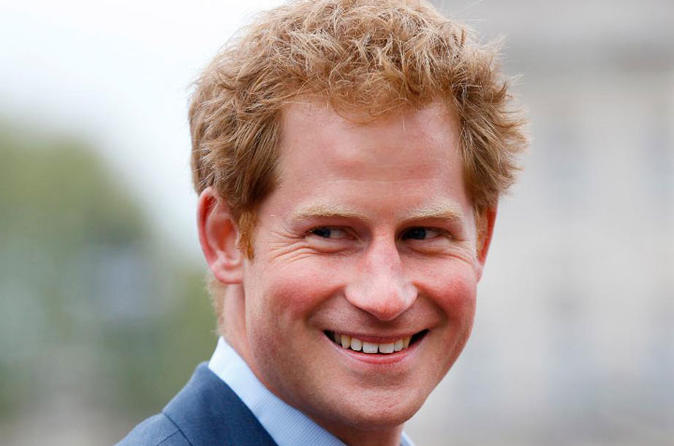 Two hour walking tour exploring the places familiar to Prince Harry from his childhood years to life as a married Royal.  The private tour will be led by your own guide giving you exclusivity and a chance to get to know Harry's London in detail.

Prince Harry brings a sense of fun to the Royal Family, so follow in his footsteps and join in the fun on our Prince Harry walking tour of London. This 2 hour walking tour explores some of the most memorable moments of Prince Harry’s life, from a heartbroken child, to an heroic soldier, to a dashing bridegroom.

The tour starts in Parliament Square where you’ll learn about the surprising links between Prince Harry and some of the famous figures whose statues are dotted around the square. The tour stops outside the imposing Westminster Abbey where Prince Harry’s grandmother, Queen Elizabeth II, had her Coronation in 1953; his mother, Princess Diana of Wales had her funeral in 1997 and his brother, Prince William married Kate Middleton in 2011. You will hear about a Royal tradition involving the Tomb of the Unknown Warrior; delve into some girl-talk by comparing Royal wedding dresses and find out what a sterling job Harry did as Best Man at his brother’s wedding.

No Prince Harry tour would be complete without finding out about Meghan Markle: the girl who captured his heart, and what it actually means having an American marry into the Royal Family. Part of the tour will also be dedicated to Prince Harry’s colourful youth and will look at some of the moments that earned him the nickname: ‘Party Prince’. How did Prince Harry go from being the Royal Family’s greatest liability to one of its strongest assets?

Naturally the tour walks up towards Buckingham Palace, the official home to the sovereign. You will be able to see if the Queen is at home and hear about some of the most fun and momentous occasions in Prince Harry’s life- including the importance of 5:00pm!

The tour passes through Horse Guard’s Parade where (with any luck) you’ll be able to take some photos of the Household Cavalry and where you’ll hear about Prince Harry’s exploits as a soldier and member of the Blues and Royals.

The tour finishes in Trafalgar Square where you will hear about Prince Harry’s adventurous nature and his charity work. This is the spot where he left for his trip to the south pole with Walking with the Wounded.

Two hour walking tour exploring the places familiar to Prince Harry from his childhood years to life as a married Royal.  The private tour will be led by your own guide giving you exclusivity and a chance to get to know Harry's London in detail.